A couple of days ago, ahead of the Texas derby played on New Year’s Eve between Dallas and San Antonio, Gregg Popovich had joked: “The goal of the night will be 50. We’re going to keep Luka Doncic under 50 points. I said it.”. Not an easy mission, since in the previous 6 days the Slovenian had scored 50 points against Houston and 60, with the historic triple-double from also 21 rebounds, against New York.

Gregg Popovich on Luka Doncic’s 60-20-10 game: “There’s always something in our lives that makes you say, ‘I can’t believe that happened.’ That was one of them for sure.”
Popovich said, jokingly, “50 is going to be our goal. We’re holding Luka under 50. Quote.” https://t.co/wsR7ymVwv3 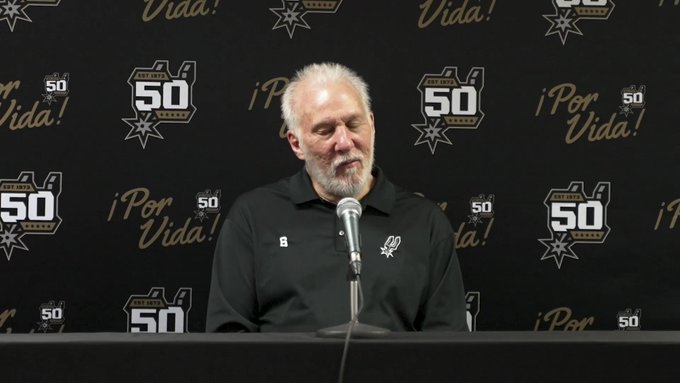 But in the end, Popovich’s fears came true. Doncic also cleared the 50-point threshold against his Spurs, scoring 51 in the 125-126 photo finish victory. It was the third run of at least 50 points for Doncic in the last 8 days of 2022, definitely an incredible way to end the year. Luka Magic was decisive not only with the baskets scored, but also with the last one not scored: on the +1, the Slovenian in fact intentionally missed the +2 free (after also missing the one before, unintentionally) to bounce the ball off the first iron and find it in his hand, so as to run out the clock and deliver the victory to Dallas without conceding the last possession to San Antonio.

Read more :   Klay Thompson the fortune teller: predicts how long Curry will be at the top

Milan. A graduate in Labor Management and Communication for Organizations from Catholic University, I founded BasketUniverso in 2011. Yes, I root for Orlando Magic and do my best not to hide it.