Only Bill Russell, Wilt Chamberlain and Larry Bird have won an MVP for three consecutive seasons in NBA history. However, Nikola Jokic is looking to join said exclusive club, especially after a stellar month of December that allowed him to accomplish something that has not happened in over 54 years.

Joker netted yet another triple double in the Denver Nuggets’ 124 to 119 win over the Miami Heat Friday night to put a cap on his historic December. In 14 games, the Serbian center has averaged 29.2 points, 12.3 rebounds and 10.1 assists on 60.4 percent shooting, numbers that are nothing short of ridiculous.

And in doing so, Jokic became only the second player in NBA history besides Wilt Chamberlain to finish that an average triple-double with over 60 percent shooting from the field for an entire calendar month, according to ESPN Stats & Info.

Nikola Jokic finishes December averaging 29 PPG, 12 RPG, and 10 APG on 60.4% FG shooting for the month.
He’s the second player in NBA history to average a triple-double on 60% FG shooting in a calendar month (min. 10 games).
Wilt Chamberlain did it February and March in 1968. https://t.co/8F61zlQxrJ 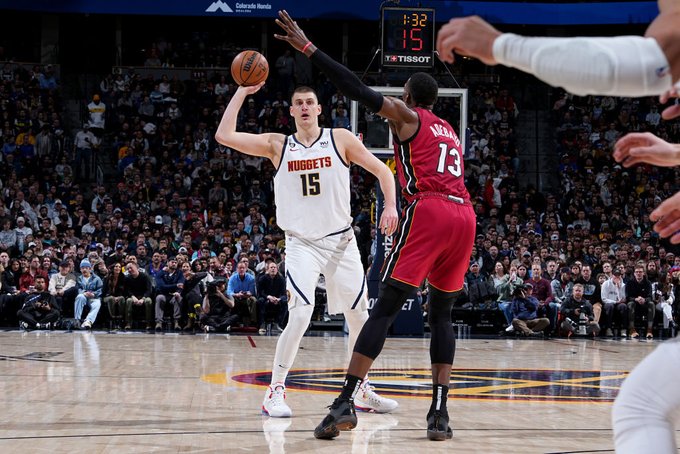 Jokic is putting up such absurd numbers every night that it is easy to take this kind of production for granted, even though there is nothing to take for granted because we are talking about absurd numbers.

Now many are debating whether the Serbian is the best center in NBA history or Wilt Chamberlain always remains in first place. Of course it is like choosing between Pele, Maradona or Messi, surely the Serbian has to start winning to be seriously considered at the same level as Wilt.

LeBron is the best player in NBA history — on his birthday