Looking at the last two years in the League, we can only accept that Kyrie Irving has lived many lives. According to the principles of reincarnation, memories of a previous life can be conveyed to the present one. In this case, it is important for everyone to address what they believe in so that it does not happen.

11-year nba career proved one thing: Irving cannot handle his public persona. The proportion between basketball talent and the ability to spend himself in (at least) questionable causes is unparalleled in history. At the same time, there has never been a player capable of having similar events fall behind him so quickly.

It seems like a century since the former Cleveland and Boston player was suspended indefinitely. The Brooklyn Nets’ season seemed compromised: after just 24 days after the start of the regular season, the entire scheme engineered by Joseph Tsai had failed. It was sad to judge then the evolution of Irving’s career. It seems even more foolish to look back today and think how he managed to clear his name.

🎥 “I think he should’ve been suspended.” Charles Barkley and Shaq share their thoughts on the Kyrie Irving situation and the departure of Steve Nash https://t.co/3riZvXz3cm

The Brooklyn Nets have turned their season around, and Irving is one of the league’s best point guards. The streak of 11 consecutive wins that began in December has swept away any doubts about the potential of this group. The results have obscured win after win of off-court problems and brought back to the center of the conversation the question on everyone’s lips in the summer of 2020. Is there a team that can prevent these two (Irving and KD, ed.) to win the nba title?

Over the past two seasons we have never seen this roster in the condition to show its potential (between injuries and missed vaccines). The October suspension resonated as the ultimate doom. Irving’s adamant stance had discouraged the most relentless of optimists. Even the most extreme hypothesis was beginning to be believed. History, fortunately, and the Nets player’s unique talent told us otherwise: Irving is back to lighting up nba hardwood floors, leaving the past behind.

Read more :   DeAndre Ayton becomes a case for his words on Phoenix

Watching him on the court, time seems to stand still. Irving is playing exactly as we remember him. From the screen we admire an electrifying player with a unique flow. His sensitivity in handling the ball, his ability to control dynamism and tempo in his movements are, still, a rare thing.

The rumors that have targeted him these past 3 months seem not to have affected him. With the Nets jersey he is traveling at an average of 26 points. Irving is back to deciding games on the court: his ballistic performance (just 5 games finished under 20 points out of a total of 24 post-suspension games) has reminded everyone why he is talked about as one of the best point guards in the nba.

KYRIE IRVING scored 15 of his 32 in the 4th, including his first career game-winning buzzer-beater!
KD: “They let him play 1-on-1 and it was a special, special shot.”
https://t.co/8NekFJeplj 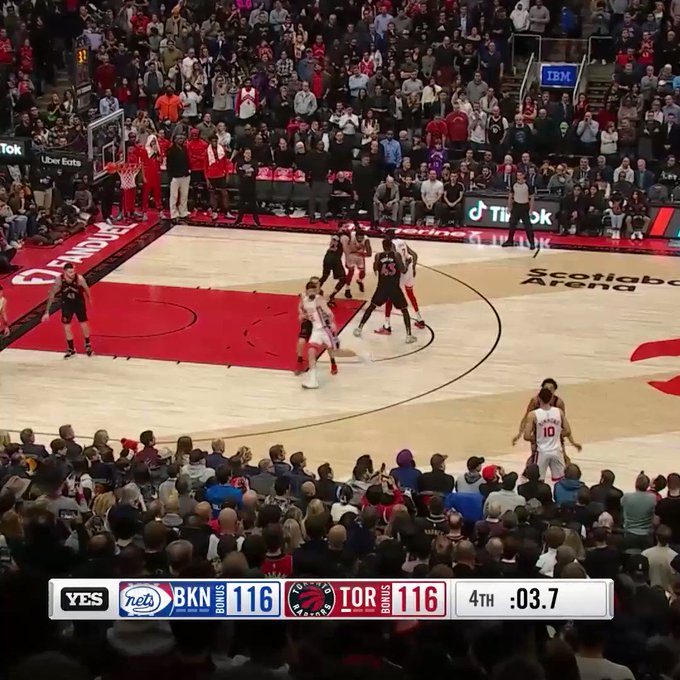 Looking at a detail in the numbers of this first half of the season, the fact that most certifies its impact is the progressive improvement of statistical items. One example: in the month of December, Irving shot 42 percent from three, improving by nearly 10 percentage points compared to the first 15 games (32.5%). All this with below-average Usage.

Kyrie is playing at a very high level with more regularity than in recent years. Many have noticed this, and this is evidenced, especially given his past record, by his now certain entitlement to the All Star Game.

A story to be written

There is no peace for Nets fans. Durant’s injury against Miami took the breath away for a few seconds from those who were beginning to enjoy a promising season. A few moments of apprehension juxtaposed with the certainty that the goddess of fortune had decided to put a definitive end to this ambitious project.

KD will be forced into the pits for at least a month. It cannot be ruled out that the former Warriors, together with the medical staff, will decide to take a few more weeks to optimize recovery. Durant was in need of rest after early-season overtime, the result of the Nets’ poor results and identity crisis. Coach Vaughn loses his best player in the team’s best moment of form, which seems to have finally found the right chemistry.

Now comes an important test for Irving and for Brooklyn. This is a critical point in the Nets’ season, because. losing the concreteness gained over the past two months would be a hard blow to absorb. Vaughn himself wanted to hold his players accountable: “no excuses,” those were his words addressed in the locker room after KD’s injury. For Irving, this is an important opportunity. The former Cavs and Celtics player has a chance to prove that he is “on the ball” and can repay the trust of his teammates, who protected him from criticism at his toughest time. All eyes are on him: will he make it? Will he not make it?

Irving has shown that he has put it all behind him, although he still falls into some “communication errors.” Recent statements after the loss to OKC discouraged those who still trust in his leadership skills. On the court, however, he brings an unexpectedly newfound serenity, despite the meltdown in public opinion, the termination of a multimillion-dollar sponsorship with Nike, and the non-renewal with the Nets expiring.

A journalist and contributor from Udine, he has been writing for BasketUniverso since as far back as February 2014. Big fan of star-studded basketball, with a focus on his Chicago Bulls.