There is Michael Jordan and then there is the rest. That is a simple dichotomy of how players are ranked in the NBA in terms of greatness and that is the league in general. When it comes to legacy as a Chicago Bulls player, there is no debate even about Jordan’s status as the basketball god in the Windy City.
Look at the difference between what Zach LaVine just accomplished tonight against the Washington Wizards and what Michael Jordan did during his time with the Bulls via ESPN Stats & Info.

Zach LaVine scored 38 points, but it wasn’t enough as the Bulls lost to the Wizards 100 to 97. LaVine put up the 39th career 35-point game with the Bulls on Wednesday, the second most in franchise history. Michael Jordan has the most in Chicago history with 321.

Zach LaVine scored 38 points, but it wasn’t enough as the Bulls lost to the Wizards 100-97.
Wednesday marked Lavine’s 39th career 35-point game with the Bulls, 2nd-most in franchise history.
Michael Jordan has the most with 321. https://t.co/B74DrSreB4 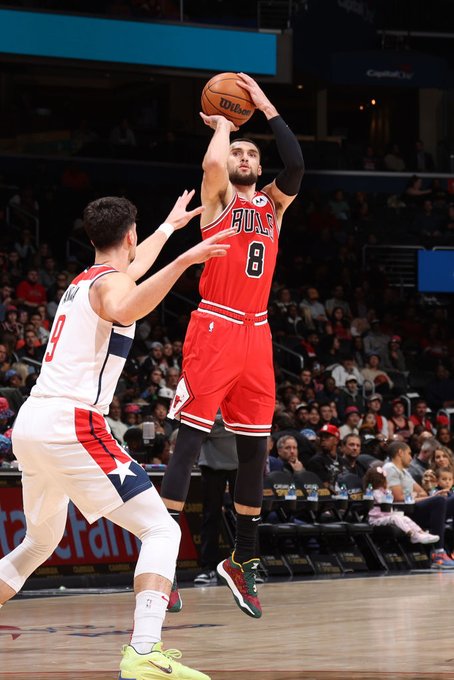 With all the current discussion about how many points Michael Jordan would probably average in today’s NBA, thanks to Zach LaVine, it’s a good time to look back at how immense the GOAT’s basket-making abilities were during his time in the NBA league.

Read also: Jimmy Butler helped Miami pull off a game NEVER SEEN BEFORE in the NBA.

Latest posts by Alessandro Saraceno (see all)
Read more :   Is Dwight Howard about to become a WWE wrestler?