The Denver Nuggets seem to have all the makings of an NBA title contender and it is thanks in large part to Nikola Jokic’s dominance that extends far beyond his ability to put the ball in the basket, as seen tonight against the Lakers.

Jokic may not be the most athletically gifted player, but he still impacts the game at such a level that he has been named MVP of the regular season 2 years in a row. And Joker’s all-around contributions were once again on full display during the Nuggets’ overwhelming 122-109 victory over the Los Angeles Lakers tonight.

For much of the contest, Nikola Jokic took a back seat to Jamal Murray, who scored a total of 34 points. However, Jokic was nearly immaculate in all aspects of the game. In 35 minutes of action, Jokic put up 14 points, 11 rebounds and 16 assists for his league-leading 11th triple-double of the season and did so without missing a single shot from the field. Serbian superstar Jokic against the Lakers made a perfect 5 of 5 (1-1 from long distance) and 3 of 3 from the line. In doing so, he achieved something that no one has ever done in the entire history of the NBA.

According to NBA History on Twitter, Jokic is the first player in league history to score more than 10 points, more than 10 rebounds and more than 15 assists in a single game with 100 percent shooting from the field.

Nikola Jokic is the first player in NBA history to record 10+ points, 10+ rebounds, and 15+ assists in a game while shooting 100% from the field. https://t.co/pc1VowHbNY 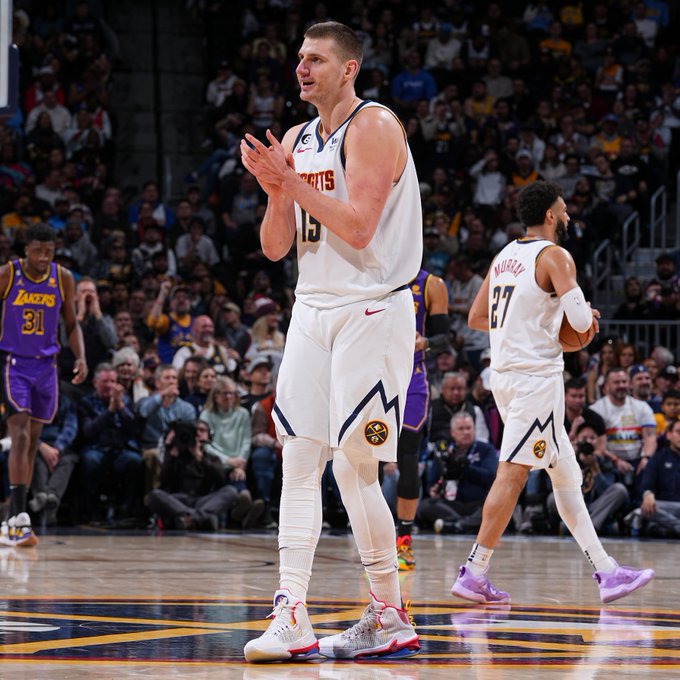 Read more :   5 NBA phenoms who should play on 5 EuroLeague teams