Most of the time, things that could go wrong will go stories. It’s called Murphy’s Law for a reason. But there are some nights when everything goes right. This was one of those nights for Ja Morant and the Memphis Grizzlies.

It’s not often that an NBA team wins by 41 points. And it is not often that the team that loses by such a large deficit is a team as strong as the Milwaukee Bucks, who boast the performance of two-time MVP Giannis Antetokounmpo.

But there we are. The stars aligned for the Grizzlies as they put the Bucks in the blender all night en route to a 142 to 101 victory. The success already gives the athletes many reasons to celebrate loudly. But how did they beat a championship contender? It deserves a celebration of its own. And Morant, the master of dance and fun, paved the way for the Grizzlies’ jubilation. 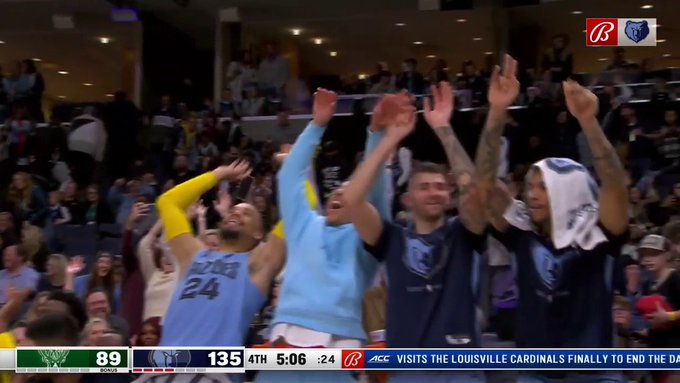 There may be many questions about the Grizzlies’ ability to have a better playoff adventure than last season. One aspect, however, cannot be questioned. The vibe in their locker room is, to be sure, immaculate, and this team loves playing together. Perhaps that is what puts them in contention to win an NBA title.