Last summer, former Los Angeles Lakers player Slava Medvedenko sold both NBA rings he won with the California team in 2001 and 2002. The franchise decided to reimburse the Ukrainian player.

With Pau Gasol also present at the All-Access event, Lakers organization president Jeanie Buss gave the former purple & gold player 2 new replacement rings for the ones he sold to help his home country in the war against Russia.

Lakers governor Jeanie Buss just presented Slava Medvedenko with replacement championship rings at a Lakers fan event after he sold his to help his home country of Ukraine fight the war against Russia. https://t.co/qOdRWomV5w 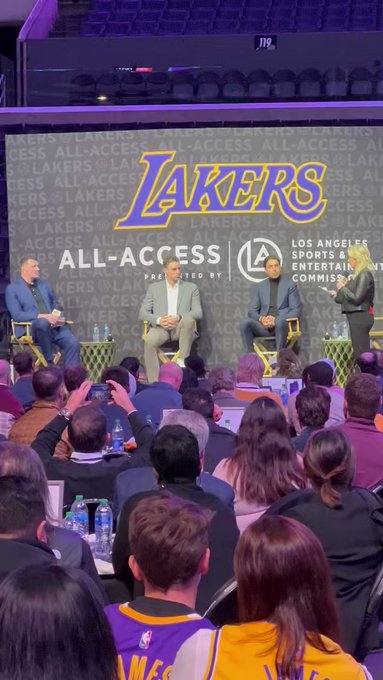 Two separate auctions for both rings ended in August at SCP Auctions, both selling for $126,767 for a combined value of $253,534. All the money went to Ukraine in an effort to win the war against the Russians.

Slava Medvedenko began his professional career with Budivelnik Kyiv in 1997 before signing with the Lakers in 2000. He previously played in Ukraine and Lithuania.

The Ukrainian wing spent 6 years with the American team and had his best season in 2003-2004 when he started 38 games in place of injured Hall of Famer, Karl Malone, averaging 8.3 points and 5 rebounds.