Cleveland Cavaliers outfielder Donovan Mitchell has always had a knack for making the basket.

Since joining the league in 2017, Mitchell has been one of the NBA’s best shooters, never finishing a season with a scoring average below 20 points per game. But his 71-point outburst tonight in the Cavs’ 145-134 win after an overtime against the Chicago Bulls was a dream performance, an absurd night that would turn anyone’s head.

To give you an idea of the level of the performance, since 2000 only 3 players in NBA history have scored more than 70 points: Kobe Bryant, Devin Booker and precisely Donovan Mitchell..

3 players have dropped a 70 point game in the last 25 years.
All 3 were shooting guards.
All 3 were selected 13th overall. https://t.co/RwWB5gDZt8 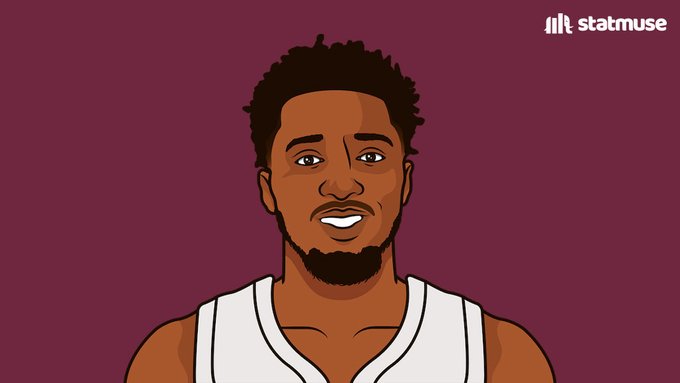 This was a historic performance because it also allowed his team to win against the Bulls, a possible – though not likely – contender for a playoff spot in the Eastern Conference.

With these 71 points he also became the player with the most points scored in a single game for the Cleveland Cavaliers, and, as you know, in Cleveland there played for several years what many consider to be the strongest player in history, namely LeBron James. Just to give you a sense of the level of the night.

Let’s see if the Cleveland Cavaliers player will be able to keep similar numbers (equal is impossible) in the next competitions. Sure, he won’t always be able to score 70 or more but a few bets over 50 why not?