During last night’s game between the Chicago Bulls and Utah Jazz, a fan’s dog sitting in the front row caught the attention of viewers. The animal had been painted entirely yellow, with a splash of red on its “cheeks” to make it look like Pikachu, a famous Pokèmon character. The clip quickly went viral, even shared by the NBA account itself (post later deleted). The comments, however, were on average far from positive. Of course, many pointed out how painting a dog yellow is not exactly respectful to the animal, as well as probably harmful to its health. 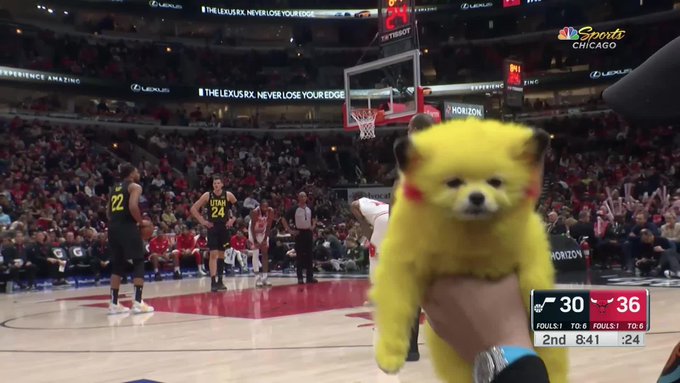 According to NBC reports, the NBA eventually decided to fine the owner, who was guilty of turning the animal into a freak show for pure media attention. “He made NBA history because no one has ever seen a Pikachu dog near an NBA player before.” said Erik Torres, owner of the poor animal.