These are the words that, after Game 6, the Celtics wing heard from the Golden State veteran, someone who when he talks about basketball tends to do so knowledgeably. They may also sound like the classic buzzwords that, after a finals, we often hear from players as they show each other respect after the battle (technical, tactical and verbal) on the parquet. But Draymond Green had already predicted it. during the conference finals and analyzing (not to mention praising) Boston’s play throughout these Playoffs in his podcast.

But can the Celtics really in the short term get back to competing for a ring?

Beyond the brightest expectations

It has now been 14 years since the Celtics last won a title, and after two lost finals and six conference finals appearances, the quest for an 18th title is beginning to become an obsession for one if not the NBA’s most iconic franchise, reached at 17 wins in 2020 by historic rivals the Lakers.

This group has almost always surprised in recent years with their results based on starting expectations (as well as disappointed when expectations were higher, as in 2019), and this season, given theabsurd path that has brought Boston only two wins away from triumph., it seemed like just the right one: change of role for Brad Stevens from coach to GM, selection of a new rookie coach, trade of Kemba Walker for Al Horford, start with a record of 23 wins and 24 losses, and then the switch up to second place in the East and wins in the series against the Nets, Bucks and Heat, always considered favorites over the Celtics.

So where to start again to remain at the top of the NBA?

No doubt, from coach Udoka. Gregg Popovich’s former protégé has succeeded, net of initial difficulties, in giving conviction and stimulation to a group that is yes talented but not too talented, somewhat lost in early-season mediocrity and without a clear identity.

His management and oratorical skills (both in timeouts and in statements to the team pre- and post-game) made it possible, even before the technical and tactical choices, to organize one of the best defenses in NBA history: 1st for defensive rating in the season and with the ability to change skins where necessary, going from continuous systematic changes in the regular season to doing so only when functional to victory, mixing aggressiveness and cohesion with courageous not to say counterintuitive choices (such as the drop of the blocker defender on Curry’s pick and rolls), which paid off until the fourth quarter of Game 4 of these Finals, that is, both when Steph decided it was time to take home fourth ring and MVP award. The same was true for Game 5, whose inertia turned with Poole’s buzzer beater late in the third quarter, before which Boston was still ahead.

Drop coverage has been the talk but again this is what happens when you put 2 on the ball. High P&R for Curry, Horford above the 3PT line. Curry holds two so Wiggins can roll into the pocket. Now Williams alone as the low man o the weakside, kick to Otto for 3. pic.twitter.com/tKKCzsNVUC

Why did Ime Udoka decide to defend by holding in drop the blocker’s defender and not by showing or doubling? Because then this happens. LeBron James and the Cavs know something about this.

The other good news comes from the continued maturation of Jaylen Brown (who still lacks a few reads to be truly lethal) and the performance from the bench of White and Grant Williams, dropped offensively in the Finals but invaluable all-around in the rest of the Playoffs. Finally, the Horford’s postseason was resounding., especially considering how the trade of exactly one year ago was received. All the little things he does, on two halves of the court, are incalculable, and the real question is how long this performance can last as the candles blown out a couple of weeks ago were 36.

The defense from the Celtics. Derrick White was working. pic.twitter.com/Z43HBEslgC

There is everything in this defensive play: continuity with one’s own picks (Horford’s drop), recovery of the dribbler’s defender after the block to discourage the dribble-arrest-throw resulting in repositioning of the blocker’s defender, active hands, doubles, deflections, readings without the ball. Often against Curry this was not enough.

Defense, perfectly placed in a context in which anyone can be an excellent defender in the single possession But anchored on Marcus Smart (awarded defensive player of the year) and on the untapped potential of Robert Williams, heroic at certain junctures given the knee problem, must as mentioned necessarily be the base from which this roster must start again and that in May and June allows you to always stay in the game even when difficulties emerge. Yeah, what difficulties?

What didn’t work in these Finals?

Too easy to find in Jayson Tatum the scapegoat for Boston’s final three losses. Celtics star dragged his team through the first three rounds of the Playoffs., elevating his game from past seasons, growing to exponential levels in defense (cite Kevin Durant) and how to passer (7.0 assists in the Finals and 6.2 in the entire postseason). Yet against the Warriors he found a lot of difficulty shooting, in terms of conviction and build-up, thanks in part to the muzzle Andrew Wiggins put on him: 36.7 percent from the field and especially 31.2 percent from two, more than 20 percentage points less than in the regular season.

The Celtics had a lot of head-slapping turnovers in Game 5. Here’s 50 seconds of comically bad drives.

Tatum launching his first pass of the night into the crowd was a harbinger of what was to come. pic.twitter.com/gaBIZrDYeg

These are some of the lost balls of the Celtics in Game 5, after some penetrations. The most dramatic fact is that in addition to these many were also generated in the early stages of the offense, without aggressiveness.

The other sore point for the Duke product (as well as for the entire team) were the lost balls, which have reached 100 total in these Playoffs, often deadly against a team like Golden State and especially decisive for what the Celtics’ defense forces you to do instead when you are on defense. Not surprisingly, the difference in team turnovers in wins and losses is abysmal: 12.8 versus 17.4. When Boston has gone over 16 in a game, it has lost 8 out of 8 games (14-2 record when kept under 15 instead).

In the last four games, the Warriors have converted 51 live-ball turnovers from the Celtics into 73 points. pic.twitter.com/AFScwvq6d6

In general, Boston’s offense has not been up to the defensive half of the court in the last three games and in Game 2: when in addition to fumbles came forcing or isolations without moving the ball that generated even a simple secondary transition, Golden State wallowed by operating its full offensive potential generating so many partials. Throughout the Playoffs, the main negative characteristics of the Celtics were. difficulties in the clutch and suffering partials often that either killed the game in the first quarters or allowed the opponents to reopen it when it already seemed like a closed practice, a symptom of an acerbity yet to be roughened.

Celtics in the clutch since the Nets series:

Finally, the Celtics played against the Warriors with the latter at full strength (we are not forgetting James Wiseman, but in fact not having played a single minute in the season, it can be considered Golden State at full strength), unlike previous rounds in which the physical condition of the opponents (above all Middleton and the injuries in Miami’s house) and the Nets’ roller-coaster mode season made it a thread easier for Horford and his teammates to manage practices. The Warriors’ superiority in terms of experience and polish at this level did the trick..

Where can and should the Celtics improve? 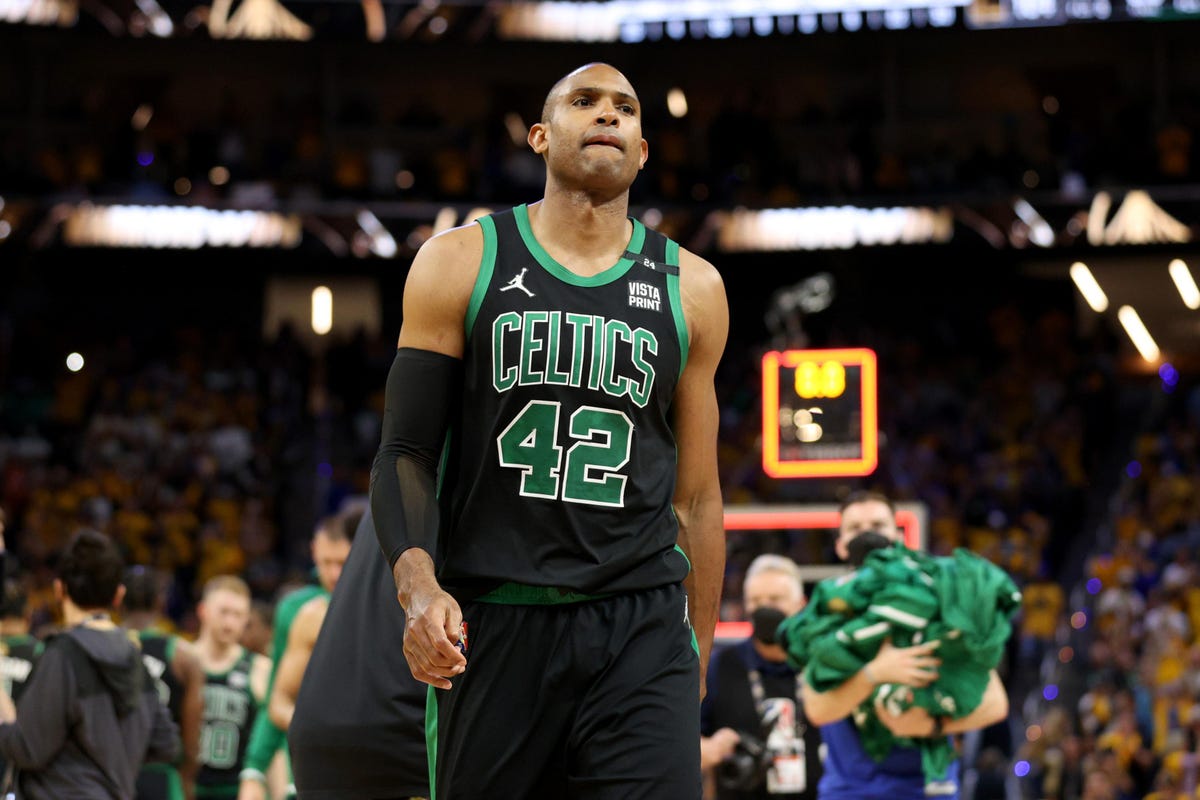 The quality of the roster and the starting five in general is not in question and overreacting against a team that was ahead 2-1 midway through the last quarter of Game 4, ahead by two possessions, would be counterproductive. But the depth of the bench and especially the addition of a second ball carrier expert who can help Smart and his teammates are critical and are likely to be the two key points that Brad Stevens will have to work on in the summer, trade or free agent-wise.

Because at the draft Boston has only the No. 53 pick, and salary flexibility (considering that then next summer will have to deal with, of all things, Jaylen Brown’s renewal) is not much if you make an exception for the 17.1 million Trade Exception (TPE) accrued with the trade of Evan Fournier, which must be used by July 18. Getting rid of some youngsters who did not perform as expected (read Aaron Neismith), trying to trade down and using the TPE are the cards Celtics management can play to shore up the roster.

Boston has rotated basically in eight men, excluding the few minutes given to Theis more when Robert Williams’ knee did not allow Time Lord to take the court. But if White and Grant Williams have played very good games in these two months and have been very important in some wins, collapsing only in the last challenges of the Finals, the flashes of Payton Pritchard (however, never negative and at some juncture valuable with the three-point shot, dropped even for him only at the end, 1/11 of the last three-point shots attempted) are still a little too little to make a difference.

These eight, whose average age excluding Horford is only 25., they are also under contract for next season and, assuming everyone is present next October, have more talent otherwise limited only to Tatum and Brown, with a few more points in his hands off the bench (especially on the three-point shot) and free the first violins from some playmaking duties would improve an offense that, in complement to that defense, would make Coach Udoka’s team attractive to free agents looking for a ring and, consequently, among the favorites again.

Tatum had a crazy playoff run:

If the other rivals in the East return to the Playoffs without defections or even stronger the Boston Celtics’ road back to the Finals could be very winding, but the means, the awareness and especially the experience gained in this ride, especially for Tatum as evidenced by the two tweets above, are all on Boston’s side to live up to Draymond Green’s prediction and return to competition and perhaps win that much-coveted Banner 18.