It’s not very often you see a team score 51 points in a single quarter. In fact, it had only happened once before tonight. Giannis Antetokounmpo and the Milwaukee Bucks will regret their huge shortcomings after being swept by the Charlotte Hornets in the opening period of their meeting tonight.

The Hornets scored 51 points in a single quarter against a team that has a former Defensive Player of the Year winner (Giannis) and the favorite for this year’s DPOY title (Brook Lopez). Talk about an anomaly, right? 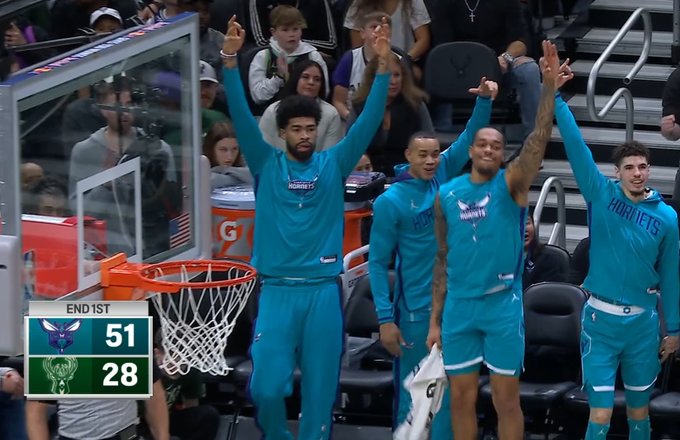 The fact that the Hornets are literally the worst team in the NBA right now makes this explosion of points even more bizarre. Charlotte is currently on par with the Houston Rockets with a 10-29 record, which is literally at the bottom of the entire league standings.